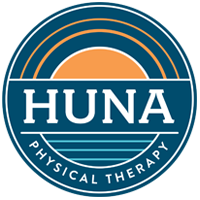 “Hash” as he is known by most, earned a Bachelor’s of Science Degree in Health Science along with his Athletic Training Certification from Lock Haven University in Pennsylvania. This was followed by a Master’s Degree in Physical Therapy from the University of Delaware.

His experiences include working as the personal physical therapist for then Maria Sharapova in 2006 and 2007.  During this time, she was successful at winning her second Grand Slam title at the 2006 U.S. Open, and claimed titles at Indian Wells, the Acura Classic, the Zurich Open and the Linz Open. He has also worked with 3-time World Squash Champion (2008, 2012, 2014) Ramy Ashour.

Other highlights of his professional experiences include serving as the Head Athletic Trainer for the U.S. Men’s National Soccer Team from 1998 to 2009; and 2015 to 2018; involvement with the U.S. Olympic Training Centers in both Chula Vista and Colorado Springs; and the Head Athletic Trainer for the Saudi Arabian National Soccer Team from 1994-1995.

Hash resides in Wilmington with his wife Lexie and their two children Keilani and Noa, and is excited to bring his services and expertise to the community.

Kyle completed his undergraduate studies at West Chester University earning a Bachelor of Science in Exercise Science with a minor in Nutrition. He then went on to earn a Doctor of Physical Therapy degree at DeSales University in Center Valley, Pennsylvania.